The Convergence Point: Where Your Past's Shadow Meets Your Future's Uncertainty

On Monday February 6th, 2017, I had scheduled a healing call with my dear friend Justin Elledge, who is a Buddhist Healing Master. I met him when I first started my Angel Project in Los Angeles back in August 2012 and was new to the area. He was in a VIP room giving healings to people at an event called "The Knowfest" when I walked in, and we made eye contact. For unknown reasons, we were drawn towards each other, and he simply placed his hand on my elbow, and BOOM:..... I was showered with a profound blast of Heavenly unconditional love energy, that was so powerful that I busted out into tears upon the touch of his hand. At that moment, I knew he was one epic person, and I wanted to learn how he did that. 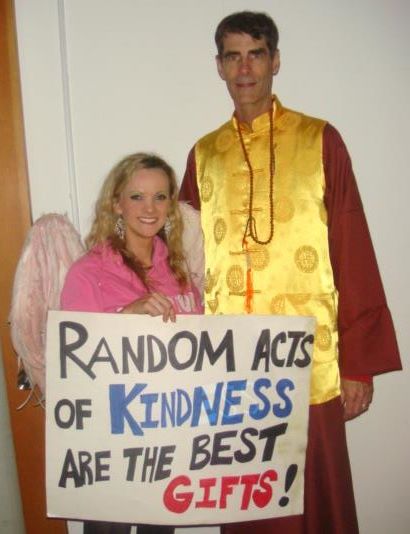 Photo: Justin Elledge and I back in 2012

I since went to his Buddhist temple and took the Medicine Buddha class, so that I could learn some of their healing modalities. I use the healing chants in my sessions on clients to this day.

Anyways, back to Monday February 6th's phone call with Justin. He ended up walking me through a meditation and breathing session I'd never done before. During this exercise, I had an interesting experience:

He was mentally taking me to higher planes, which he called portals. Then suddenly he like clapped his hands and said something about a convergence, and when he did that, it was like I was standing in the Matrix movie, during the part when Neo and Morpheous were inside of a pure white existence all around them, that was computer generated. 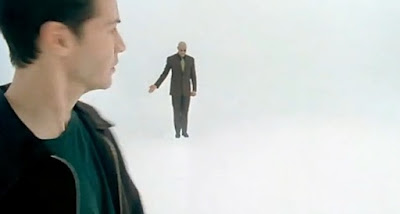 The only difference in my case, was that I was aware of shadow behind me. The messages that I received were that the future is like the pure white room, not having any form yet. Everything seems uncertain and unpredictable. You never know what each day will bring. That you have to look at each day as its own unique package with various blessings and lessons. You can only be in the here and now, because the future has no substance yet and the past goes into the "shadow". Like this convergence point was standing on the line of the yin yang symbol between the duality of light and dark. While we can't know for sure what the future holds for us, we do have a part in creating some of it. 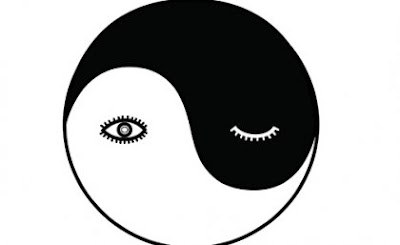 It was pretty epic. I felt very at peace and calm during and after the session. I figured I would write it out while it was fresh on my mind, and share the experience with you so you can interpret it however you wish to. 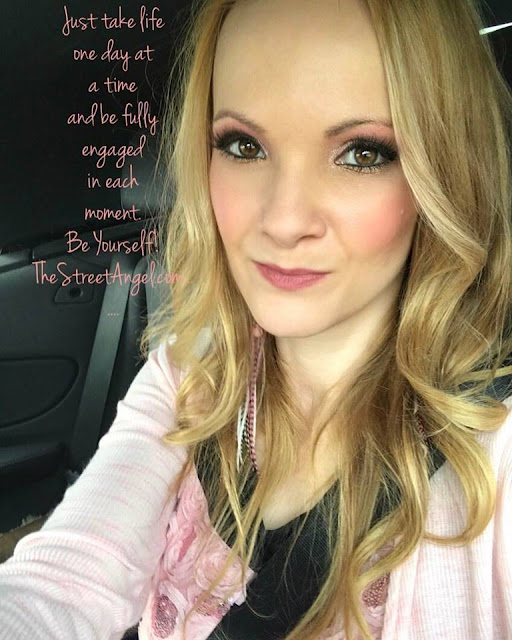 Posted by http://mandelynreese.blogspot.com/ at 9:49 PM No comments: